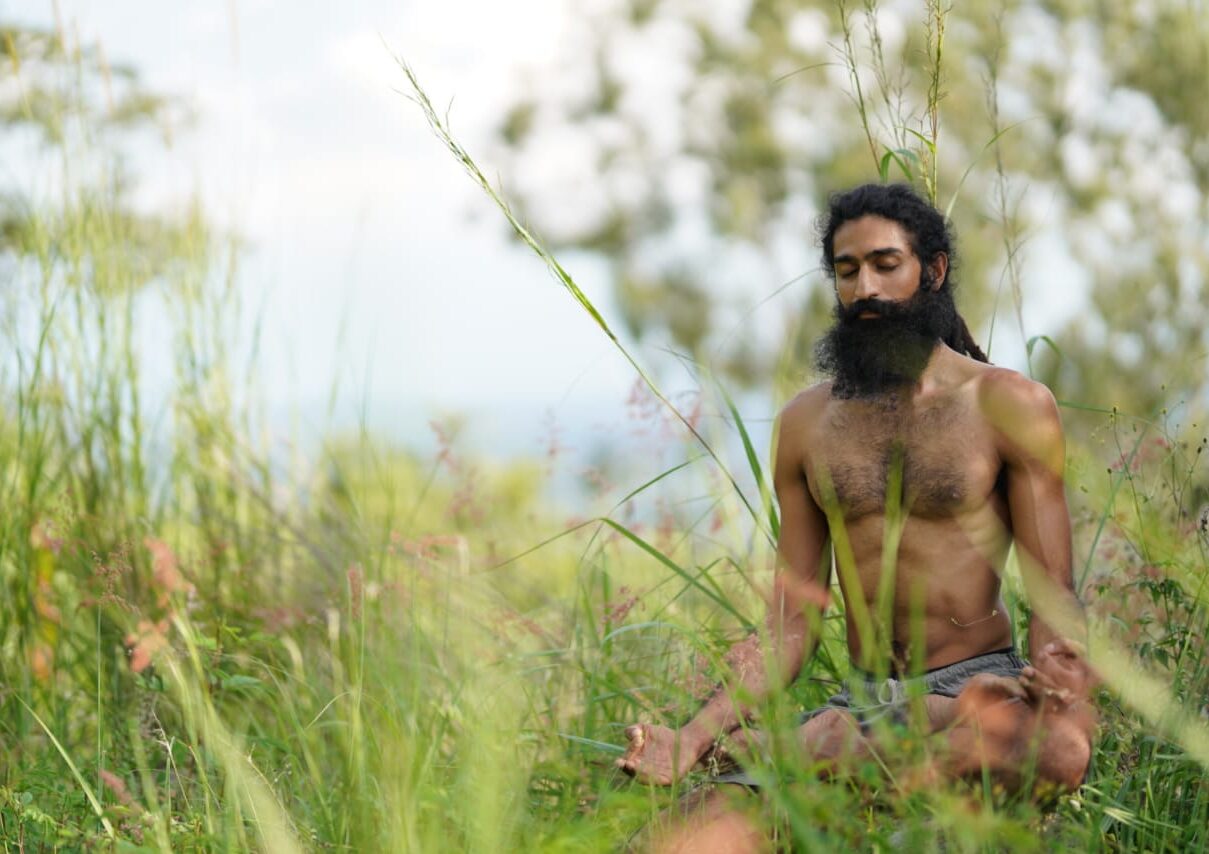 Quantum physics has taken a leaf out of these philosophies when it says that light, sound and matter are one and the same thing. All that differentiates them is vibration. They all have wave properties. In that sense, matter is frozen sound. All matter is vibrating at a particular frequency. This vibration is producing sound, even if they are outside the audible range that our ears can pick up on. If each one of us is emanating a particular sound, might it be possible to begin altering that sound/vibration through chanting? The practice of chanting mantra is not about the meanings ascribed, it is about the vibration/sound created. The difference we see in matter is all a consquence of different vibrations. For example, rice and vegetables appear very different. However, at an atomic level both are structurally made out of Carbon atoms. The difference we see between the two is a result of a different structural arrangement of these Carbon atoms that is caused by varied vibrational frequencies. Om carries a special vibratory tone that helps us connect to the root vibrtion of the cosmos.

A: This syllable represents the waking state of consciousness. When we chant this syllable, it is supposed to vibrate in the pelvic region of our body.

U: This syllable represents the dream state of consciousness. When we chant this syllable, it is supposed to vibrate in the chest region of our body.

M: This syllable represents the deep sleep state of consciousness. When we chant this syllable, it is supposed to vibrate in the head region of our body.

. : The dot or (Turiya) refers to the silence that is experienced after chanting OM. This represents infinite consciousness.

We begin every yoga class by chanting Om thrice. This is done to attune our vibrational field with that of the cosmos and the Earth. Additionally, chanting is a good way to clear the mind from past distractions and ground oneself into the present moment. For instance, in a regular drop-in yoga class, many students will be arriving straight from work and other engagements. Everyone will have a portion of their awareness still caught up in the tasks that they were involved in earlier. Chanting Om three times helps clear the minds of the students and the teacher and brings everyone on to the same unform field to begin the session. We end every yoga class by chanting one Om and three Shanti’s. Shanti translates to Peace. The first Shanti is an invocation for Cosmic/ Universal Peace, the second for Planetary peace and the third for Inner peace.