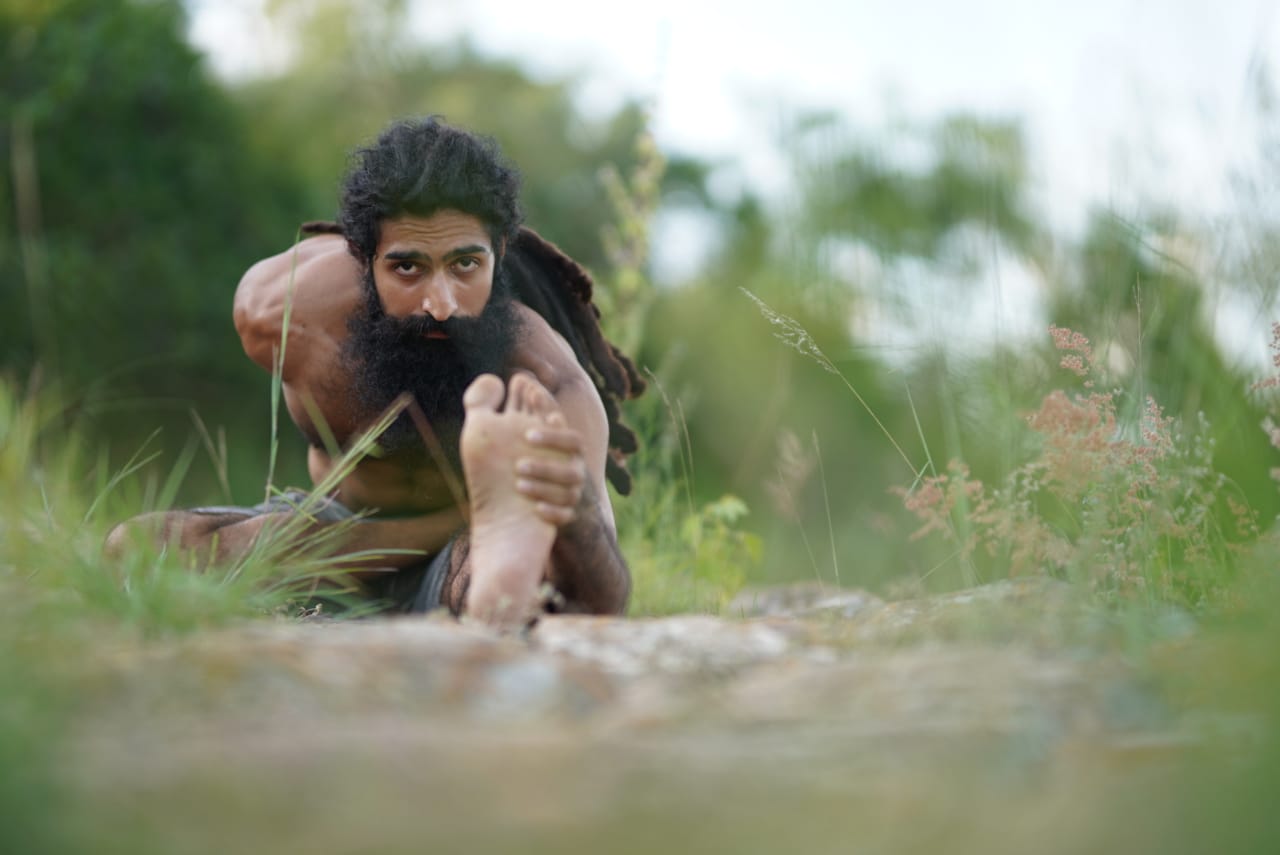 Yoga is derived from the Sanskrit root word ‘yuj’, which means ‘to join’, or ‘to unite’. This union is between the individual consciousness and universal consciousness. One could also interpret this as the union between Ahamkara (Ego) and Atman (Soul). There are numerous practices and tools, when applied systematically, intend to bring us into this state of unified consciousness.

Yoga is one of the seven major philosophical systems that have originated in India. In yoga the emphasis is on self practice first. Patanjali, who is commonly referred to as the “Father of Yoga” was alive 2500 years ago. The practices within Yoga have been created by numerous sages and masters. Patanjali was a pivotal player in bringing these teachings to the larger soceity in India. Thus, the origins of Yoga precede Patanjali by a few thousand years at least. He wrote the Yoga Sutras, which contains 196 concise verses (Sutra’s) explaining the practice and the pathway to reaching Union (Yoga). The Sutra’s are extremely concise. Concepts are never repeated or carified. Each Sutra contains many layers of meaning. Based on where the spiritual aspirant is within his or her own path, they will interpret the Sutras differently. This was the intention of Patanjali when he wrote the Yoga Sutras. He wanted these teachings to remain an inner experience rather than become ritualised dogma. The word “Sutra” means thread. In this sense, Patanjali has provided us with the threads for us to weave our own cloth. Each teacher of Yoga philosophy then borrows these threads from Patanjali to weave their own cloth based on the state of their spiritual practice and life experiences.

Before the Yoga Sutras, no text solely focused upon the practice and philosophy of yoga existed. This is primarily because Yoga is considered to be Atman-Gyan (Soul Knowledge). Knowledge that can only be passed on from one soul to another. The essence of Yoga cannot be passed on through books or other forms of media. Thus, the true teachings of Yoga was and always will be passed on as an Oral Tradition. Prior to Patanjali, Yoga was mainly practiced by Sages and Masters who had renounced their material lives (i.e. family, career, friends, etc.). These Yogi’s were completely dedicated to spiritual practice and self-realisation. After Patanjali, many more Grihastha’s (householders) began to take up the practice of yoga amidst their duties and obligations.

Patanjali’s defintion of Yoga is encapsulated in the 2nd Sutra: YogasChittaVrittiNirodhah which can be transcribed to: “Yoga is the Process of Controlling the Modifications of the Mind”. Patanjali sees the mind as a projector. It creates our reality. Our awareness is fractured. It is spread thin, in multiple directions. Some of our awareness locked up in the past (memories) and some in the future. Our mind loses its innate ability to manifest reality as it truly wishes. This is because the mind in itself is unsure of what it really wishes for. When the mind removes these distractions and is able to focus itself, it gains a tremendous power. In this sense Yoga is the process of collecting the lost fragments of our awareness/ psyche. We begin to unify our minds wherein we begin to contol our minds instead of being controlled by our minds. When the mind assumes this state of tranquility, awareness of the Soul (Atman) is apparent.